What You Aren't Being Told About Astronomy, Volume III (Our Created Universe) (DVD) 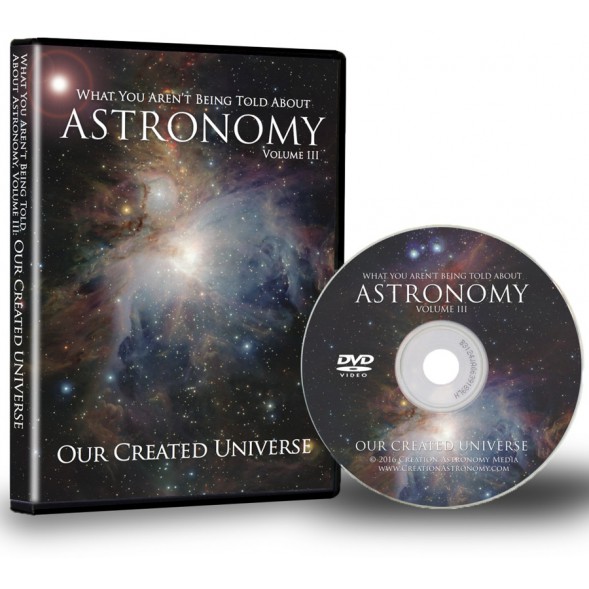 What You Aren't Being Told About Astronomy, Volume III (Our Created Universe) (DVD)

Our Universe – What is its origin? Did it form in a Big Bang event billions of years ago? Or are the heavens consistent with the Biblical account of creation instead?

The Big Bang is a popular creation myth within Western culture today. Secular cosmologists claim that this idea is a valid scientific theory, well-supported by the evidence. These claims are false. Not only is there abundant scientific evidence against the Big Bang, the model contradicts itself, and has absurd implications. An objective evaluation of the evidence does not support a self-creation of the cosmos—instead, the heavens declare the glory of God.

If you’ve seen the previous volumes in the series, you’ll know that they debunk secular models for the origins of celestial objects such as planets, stars, and galaxies. This volume does the same, but on a larger scale: instead of discussing the contents of the Universe, this video discusses the Universe itself.

Often, people are intimidated by secular cosmology, because it involves complicated subjects such as relativity and quantum physics. But you don’t need to understand these theories to understand why the Big Bang model is fatally flawed. Even the most sophisticated scientific model is only as good as the assumptions that it is based upon. As an analogy: If the foundation of a skyscraper has deep structural weaknesses, it doesn’t matter how impressive the skyscraper itself might be. It’s still untrustworthy, and eventually, it will fail.

Volume III explores the fatal problems and self-contradictions that are built into the foundation of the Big Bang model. You don’t need to understand complicated physics to see why this model is false. 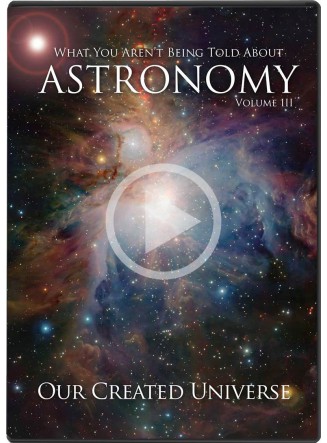